A gesture is worth a thousand words

A good question was raised recently.  How do you teach a child “baby sign”?

Lets start with the basics:  baby sign is a simplified version of American Sign Language in order to teach communication to infants and toddlers.  Some parents are on the ball and begin teaching signing to their children as early as six months.  There is limited research on the topic, but some believe (especially those endorsing flash cards and other products) that it will enhance a child’s ability to speak early and increase their vocabulary.

I had heard of baby sign, but it really wasn’t on my radar screen.  However, it was the immediate suggestion of both our development therapist and our speech therapist.  Signing would be the first step in getting E to communicate and eventually talk.  I soon found that I was not really getting therapy for just E.  It was my turn to learn.

First step was replicating the action or the thing we wanted signed.  As posted earlier, E’s first sign was more. 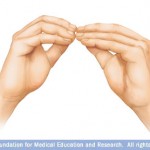 My homework was repeating it in many situations, and get E to mimic the action.   In fact, one thing we worked on in conjunction with the signing was mimicking.  E saw very little interest in copying our actions or sounds. Thus while we taught sign, we also worked on E to mimic gestures and silly faces.  E responded better with this with Dad.  Thus Dad became the champion of making silly faces with E in the mirror.  A good job for Dad anyway.

E’s second sign was dog.   You will find that nouns are a bit easier.  You can point to an object or picture and then sign.  It helps to pick tangible every day things.  We have a dog named Zelda so dog was a logical step.

Another key concept to grasp was frustration. As parents we read our kids fairly well.  Its by no means full proof, but we become good at knowing when our kids will need help with a task, when they might be hungry, or help getting to a toy.  My job was to not act.  My job was to frustrate E just enough that he would use his new tools to get my attention.  Thus with the more, sign, I had to wait until I saw the sign.  Even if I knew E wanted more goldfish at snack time, I had to wait until he showed me he wanted more.

So E started out with just a few signs.  He started with more and dog.  We made sure E was consistent and then began to add to his vocabulary.  With every new sign, my heart leapt with joy.  I could care less that his voice was mute.  I was learning to communicate with my son.